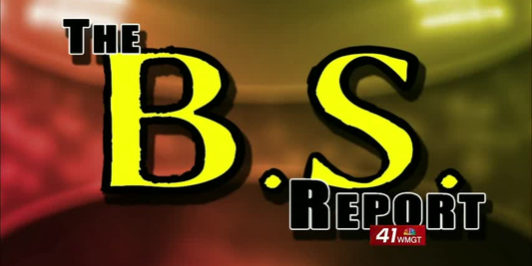 I keep trying to calm myself when thinking of what the Georgia Bulldogs will do this season. As I’ve said in this space, they are, at least on paper, loaded.

I’ve watched this program for a long time, and I’ve never seen anything like this. Of course, being great on paper is fun to talk about in late August, but it’s got to count on the field for the next four months. This Georgia team has a lot of talent – more depth than ever before. But that won’t matter if they slip up and have a mental breakdown in a game they should win. That’s where coaching gets into the discussion and makes you feel really good about Georgia’s chances.

Kirby Smart is not perfect, but he’s developed an atmosphere in Athens that is different than anything we’ve ever seen before. The expectation there is not just to win games, but to win championships. Coming close last January only made these players and coaches hungry for more – to take that next step and to win something that has avoided this program for 38 years.

This is all Kirby Smart. He’s the one who wanted to improve the lines of scrimmage. That’s why the offensive line is deeper than ever before. That’s why the drop off from losing a Roquan Smith is not going to be that big of a deal. Sure, they’ll miss Smith, but in years past that would have been a tremendous challenge. Now, Georgia just must ask, “Who is next?” and someone will step up. The options are there. The players are there to step up and be next in line to get significant playing time.

Jake Fromm will be fine at quarterback. Sure, Justin Fields will play and be impressive, but this is still Fromm’s team. How can this team lose Nick Chubb and Sony Michel and not miss a beat at running back? They’ll be fine there, as well, with D’Andre Swift and Elijay Holyfield and James Cook. The offensive line is tremendous, and the defensive line may be labeled that by the end of the season.

This team has a few dangerous road games – at South Carolina, at LSU, and at Missouri. If they survive that, and as long as Feleipe Franks doesn’t become a starter in Gainesville for the Gators, the Bulldogs should cruise to an SEC East title. But then… it’s Alabama, and we all know the Bulldogs must beat Alabama to become a champion. And, I really think it will happen this year.

Sure, I wear red-and-black glasses but tell me how this team can’t be great. I can’t imagine it. This Georgia team has a great chance to get back to the championship game. ‘Bama and Clemson will be tough, but Georgia’s depth will set them up perfectly. Georgia’s deep roster will keep the players fresh and ready to make another run at a title game.

And why not? Yes, I’ll go ahead and say that Georgia will win the national championship. That used to be a dream for Georgia fans, but now, with it so close, it’s more like a reality. This could be a really fun year if everything falls right, and with so much talent, Georgia could be celebrating this go-around with a national championship.