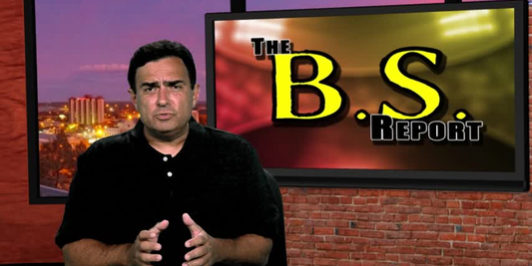 The last thing an NFL team wants to deal with – after the first week of the season – is injuries. And the Atlanta Falcons are in big trouble.

They lost two starters after the first game of the season – a loss last week in Philadelphia. Safety Keanu Neal tore up his knee and is out for the season, and then we learned Tuesday that linebacker Deion Jones has a foot injury and is out for eight weeks – at least half the season. Those are two major pieces of the Atlanta defense, which was expected to be the strength of this team this season.

It now raises major questions of whether this defense can be the key to get the Falcons back to the playoffs, and it also puts major pressure on the Atlanta offense to get on track. Believe me, it was the defense that was going to get this team far into the playoffs, not the offense – and we saw why last Thursday in Philadelphia. Offensive coordinator Steve Sarkisian still doesn’t know what he’s doing, and he learned nothing from the struggles a year ago.

To have the Falcons be on the same field, the same side of the field, in basically the same situation they were in when they finished last season – and then to once again fail to score to take the lead – was amazing. They are still forcing the ball to Julio Jones. They are still not running the ball enough. They still have issues on the offensive line. They didn’t even use first-round pick, Calvin Ridley, much last week.

And yet, head coach Dan Quinn is pumped and he’s not bummed about the offense, using his bravado to try and convince us all is great in Falcons’ land. Well, I’m not buying it. You know Matt Ryan can’t be happy with what’s going on. There’s no way he believes Sarkisian is the best man for this job. Quinn is a defensive coach, so it’s so important for him to have the perfect compliment on offense, and he just can’t get this right. And now, with the injuries on defense, Quinn’s offense, Sarkisian’s offense, Ryan’s offense may not only have to get on track – it might also need to carry this team until the defense makes sure it can survive without Neal and Jones.

Forget about the Atlanta defense winning some games for this team. Now, it must be the offense. Remember the team that scored 34 points-per-game two years ago, on its way to the Super Bowl? That was a lot better offense than the one that scored 10 points fewer per-game a year ago. And after the lackluster performance last week in the first game, the Falcons offense has even more pressure on it to perform at a high level.

This has got to click – and click fast. The Carolina Panthers are in Atlanta this Sunday, and they beat the Cowboys in Dallas in Week 1. And then next week, it’s the Saints coming to Georgia.

You know both of those teams may smell blood in the water with the Falcons having these injuries, and these two weeks – coming on the heels of a bad offensive showing and now two devastating injuries – may, in fact, define the season for the Atlanta Falcons.